OPEN's solicitors have today written to Hackney Council requiring its undertaking that it will stop all demolition of Dalston Terrace until its Cabinet, and its Planning Committee, have reviewed their decisions. The Council's development partner , Murphy Homes Ltd., has also been informed of the letter. 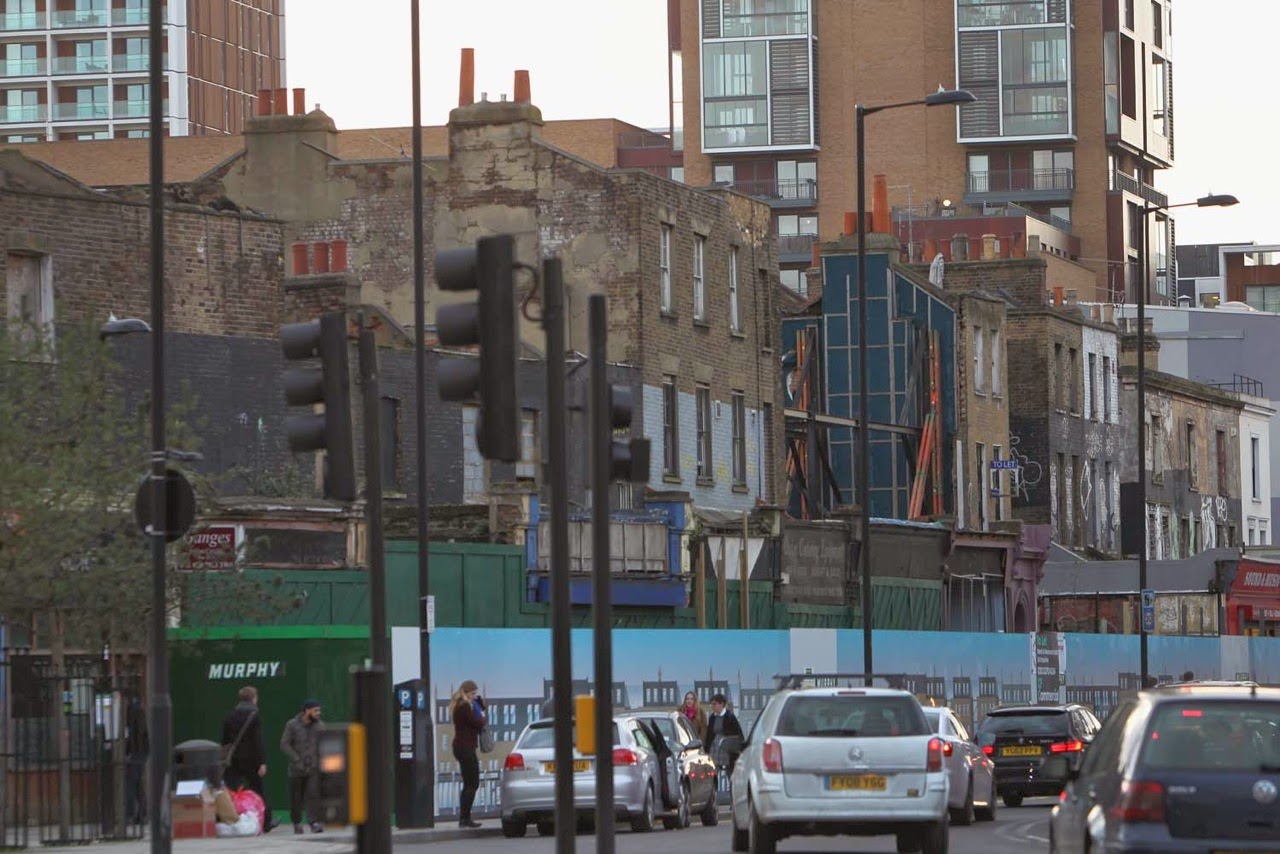 Dalston Terrace houses , with Barratt's towers of Dalston Square beyond

Since 2005 Hackney's policies have been to preserve and enhance the Dalston Lane (West) Conservation Area, of which the Georgian houses in Dalston Terrace comprise more than half the total number of buildings.

Hackney launched a conservation-led regeneration project in 2006. It's Cabinet later authorised its officers to recruit a design team to obtain planning permission, and to procure a development partner, for a conservation led refurbishment scheme.  But on March 5th its Planning Committee, by its Chair's second vote, agreed to permit complete demolition of all the buildings.


This video shows Hackney's neglect and indifference to these houses which it claims are now beyond repair. Will Hackney now stop the planned commercially-led, demolition and new build, scheme? The Georgian Group stated that it "is saddened that your Council is contemplating rewarding itself...for the deliberate neglect  of this group of heritage assets".

No longer conservation led , the new scheme will finally destroy all of the surviving 13 Georgian houses of Dalston Terrace, and damage the Conservation Area. It is contrary to all public policy derived from public consulation. Neither will there be any affordable housing. (Where is the public benefit? Ed.)

OPEN has launched an appeal for contributions to its fighting fund. £000's have already been donated, but £0000s are urgently needed if municipal vandalism is to be defeated.

The Vandals: an eastern Germanic tribe which earned notoriety by sacking Rome in the 5th century, but which was later defeated by the Goths.
Vandalism: the gratuitous anti-social destruction of the environment and artistic creations.
Municipal vandalism: the destruction of our cultural heritage by corporate ignorance, deliberate neglect, greed and vanity, all in the name of regeneration and progress.
Posted by About OPEN Dalston at Friday, March 14, 2014