Redevelopment proposed for 67A-76 Dalston Lane

This is the image presented for a redevelopment proposal which is now out for public consultation. It will shortly be considered for planning permission. The site is at 67A-76 Dalston Lane next to Martel Place mini-roundabout leading to the car park at the back of Matalan and the Kingsland Shopping Centre. 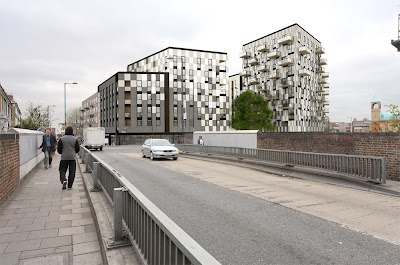 The high density development, promoted by a private developer, will consist of 2 blocks - the block facing Dalston Lane is for rented flats and is between 5 - 7 storeys and, behind it, the second block for private flats ranges from 7 - 10 storeys. The development will include 119 new flats in all - 66% of the flats are one and two bedrooms and 5 flats are 4 bedrooms. 40% of the habitable rooms are to be in the 44 "affordable" flats of which 26 are for social renting. No 'key worker' accommodation is identified in the scheme. The development will be "car free" but there will be 8 "disability spaces" and 130 bike spaces.

The site is within a Priority Employment Area (PEA)) where the Council’s policies seek employment-led mixed-use development. The development also comprises "modern, flexible business space suited for office, studio and light-industrial activities and capable of supporting in the region of 90 jobs." Presently, the developers say, there are a range of light industrial "dilapidated and unremarkable" buildings which accommodate a second-hand car parts dealer, a car and van hire business, a paper supplier and "20 studio spaces used by artists and designers". In fact there are over 40 artists and designers using the studios at present. All the existing buildings will be demolished and transformed into a "coherent piece of townscape" - in which affordable studio space for artists will be absent. 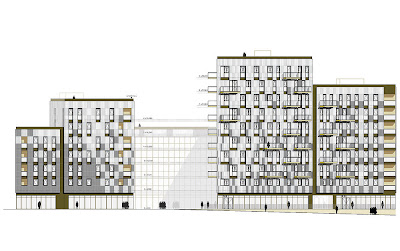 Although the development comprises two blocks the mix of black and gray cladding "in different densities creates the actual visual effect of the scheme is that of a number of much smaller blocks of varying height" which, it is said,"responds to the varied character and form of the townscape around the site" ( the area is predominantly 2 -4 storey houses) and which "won’t dominate the skyline or views from the conservation areas" (of which the 4-storey Victorian terrace directly over the road in Dalston Lane is part).

"Sustainability" features prominently in the promotional material - the development will achieve "an overall reduction in CO2 emissions of 21.2% when compared with a comparable baseline building".

The consultation officially closes on 30.5.11 but the Council will usually consider comments received up to the date of the Planning Committee hearing. If you want to comment on the scheme follow this link by clicking here. 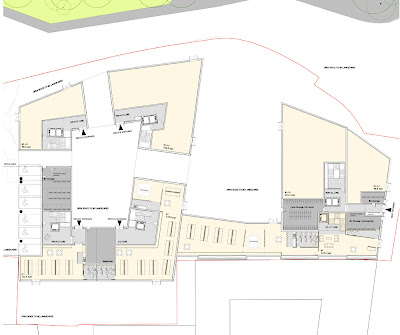 The European Commission has asked the European Court of Justice to consider whether there are adequate legal remedies available to UK citizens challenging environmental injustice. 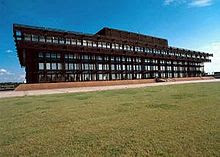 The European Court of Justice

Since 2005 the UK has been a signatory to the 1998 Aarhus Convention which recognises that protection of the environment is essential to the health and well being of present and future generations. Aarhus requires the UK to ensure that the public have access to information about development proposals which could adversely affect our environment, including cultural sites and buildings, and that the public can participate effectively in decision making and have affordable and fair access to the Courts to obtain adequate and timely remedies.

The huge cost, and the financial risks to individuals, of Court action is one of the main barriers to citizens challenging environmental injustice. As a result wealthy developers are free to adopt hazardous procedures and transform areas of the UK into monocultural natural and built environments so that local character and bio-diversity is lost. 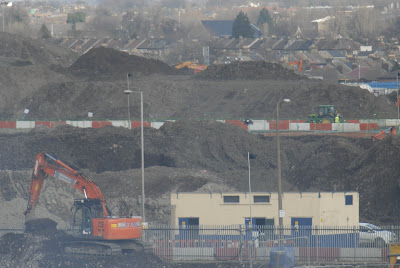 Earthworks, containing radioactive thorium & other toxic waste, in progress on the 2012 Olympic site. An individual was refused legal aid to challenge the authorities methods despite the wider public interests involved.

By adopting a company format OPEN has been able to protect its individual members from the risk of personal liability but, despite several legal challenges on behalf of local communities, the Courts have always refused to place a cap on the legal costs which a developer could claim against OPEN if a legal challenge were to be lost.

In a report about environmental justice in May 2008 Lord Justice Sullivan said "Unless more is done, and the Courts' approach to costs is altered so as to recognise that there is a public interest in securing compliance with environmental law, it is only a matter of time before the UK is taken to task for failing to live up to its obligations under Aarhus".

Happily, with the UK's referral to the European Court of Justice, that time may now have come.

PS Last week the UN ruled that the European Court must stop barring citizens from challenging European Union decisions that affect the environment. The European Union itself, as well as its member states, is subject to the Aarhus Convention.

Posted by About OPEN Dalston at Thursday, May 19, 2011 No comments: