A government Planning Inspector has refused planning permission for the development of a 3 storey building stretching across the southern boundary of Colvestone School Nursery's only open space. The developer had claimed that because more than 50% of the area would still receive an annual average of 2 hours sunlight each day and that, applying the BRE Guide for Daylight and Sunlight, the loss of sunlight is "unlikely to be noticeable" and so planning permission should be granted. The Inspector rejected the developer's interpretation of the BRE Guide and its planning application. 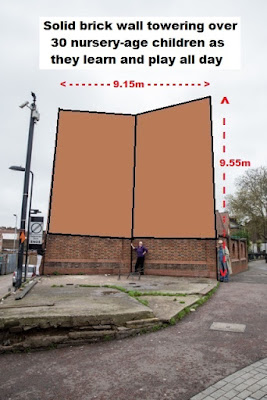 The Inspector found, as our community has always argued, that the BRE Guide does not impose "hard and fast rules" and the Guide must be interpreted "flexibly", that "children's playgrounds have a particularly strong requirement for sunlight" and that the amount of sunlight lost would have "a significant adverse effect on the enjoyment of users of the outdoor learning space with particular regard to sunlight". 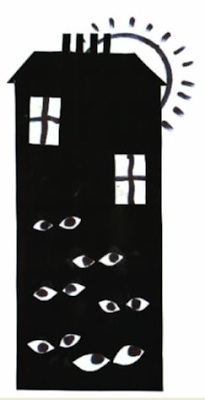 The need for an Inspector's decision arose because Hackney's Planning Committee had failed to consider and decide the application, and so the developer appealed. Although Hackney's Case Officer said that he personally would have recommended granting planning permission, Hackney made representations to the Inspector setting out objections which it said it would have made to refuse the application. 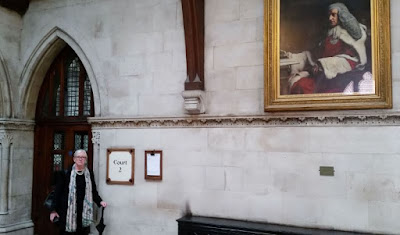 Community champion Judith Watt at the High Court during her successful judicial review which overturned Hackney previous grant of planning permission.
The site has been contested space for several years with the community successfully fighting several attempts to block the sunlight benefitting our nursery school children's "outdoor classroom". The Council's  earlier grant of planning permission, to a previous owner of the site for a similar scheme, was eventually overturned on a judicial review brought by our local community champion Judith Watt. The Court found that the Planning Committee had been mislead about the degree of overshadowing which the development would cause. Judith also made detailed representations, about the correct interpretation of the BRE Guide on overshadowing, which the Planning Inspector appears to have agreed with.  The community's Friends of Ridley Road have also applied successfully to have the school's open space declared an "Asset of Community Value" because if its importance to social well being and community interests. 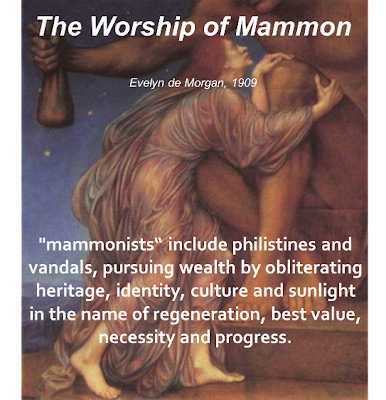 The new developers had outbid the Council at an auction to acquire the site but now the refusal of its planning application will have reduced its development potential and market value. Perhaps this is an opportunity for the Council to purchase the site and prevent developers seeking to enrich themselves at the community's  expense in the future.
Posted by About OPEN Dalston at Monday, March 21, 2022 No comments: