Save the Old Souls - will Hanover re-think its plans

To treat tenants like commodities, to be turned out of their homes so that their landlord can capitalise on the site's development potential, is bad enough. But what if the tenants are elderly and in sheltered accommadation, and the land was until recently in community ownership and the landlord is a charitable housing association? This is the situation facing the elderly tenants in sheltered accommodation at Bayton Court on the west side of London Fields, E8. 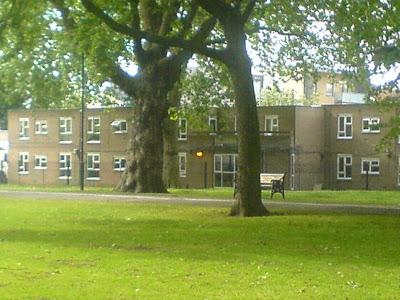 Bayton Court is one of 29 sheltered housing schemes which were transferred by Hackney Council to a "formed for purpose" charitable housing association, Hanover in Hackney, in October 2002. At that time it was made clear to tenants that the Council had no money to improve the run-down properties but it was promised that, if the tenants voted to transfer to Hanover, £41 million would be invested and every flat would be refurbished within 5 years and that tenant’s resident wardens and the services provided to them would remain the same. Unsurprisingly a majority of tenants voted in favour. 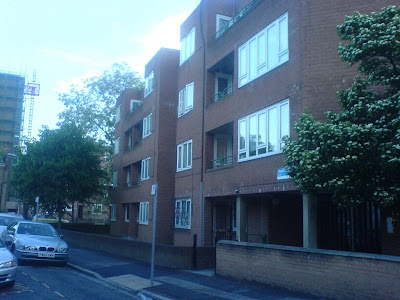 In 2003, shortly after the transfer, Hanover undertook a review of its former Council assets and began working on realising opportunities to raise capital by the development and sale of some of its 29 properties. It commissioned architects and in January 2007 made 12 planning applications to the Council which variously involved demolition and redevelopment for private sales as well as alterations to those properties to be retained and refurbished. 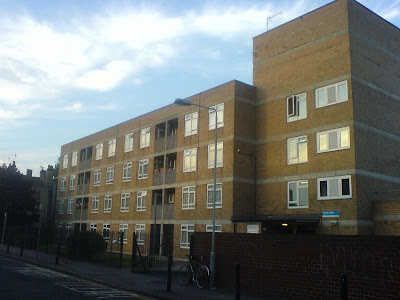 The specific planning application for Bayton Court is to demolish the 2-storey building of 26x1 bedroom homes and to redevelop the site to provide 16x4-bedroom houses and 2x4-bedroomed maisonettes of up to 4 and 5 storeys for private sale. Quite apart from the need to evict & rehouse the elderly residents, the redevelopment will impact on the residents of neighbouring Blackstone Estate who lodged strong objections with the Council regarding loss of light, increased density and noise, living next to a potential car park, overlooking etc. In addition it will create significant changes to the setting and streetscape of London Fields. Although the redevelopment proposal for Bayton Court does not satisfy the Council’s planning policies Hanover asked that it should be considered “holistically” in the context of the 11 other planning applications made simultaneously. However, taking all planning applications together, they do not satisfy the policies either. 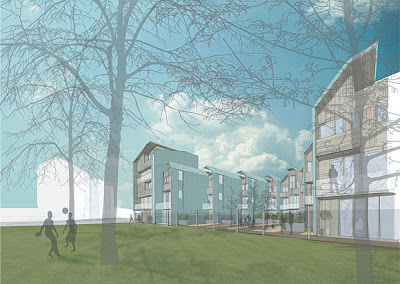 These plans are however not the sum cause of the elderly tenants anxieties. In March 2006 Hanover advised its tenants that, due to Hackney Council's requirements and government changes to the financing of its “Supporting People” programme (“it is important that efficiency savings are optimised and secured as early as possible” - Government independent review by RSM Robson Rhodes LLP Oct 2003) , it was considering replacing the resident wardens in the sheltered housing with “floating support” workers who would visit only occasionally. But, despite Hanover's "floating support" pilot project and its consultation with tenants remaining incomplete, none of Hanover’s 12 planning applications for redevelopment show existing resident warden’s flats and offices as retained. Hanover has recently announced that this new scheme is likely to be introduced in November 2007. 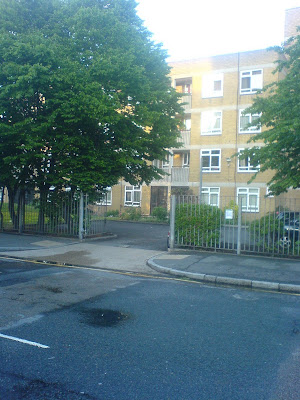 Unlike the tenant's ballot of 2002, which determined whether the property transfer away from Hackney Council would proceed, Hanover's demolition and redevelopment plans, and the loss of the sheltered housing officers, will not be the subject of a tenants’ ballot. There will be “consultation” with tenants but Hanover will have the final say.

OPEN, in association with the London Fields User Group, organised a meeting at St Michaels and All Angels Church Hall 7th June 2007 which was well attended by local tenants, residents and community representatives. An outline of the schemes was presented by two of Hanover’s representatives, and its architect, and these were met with searching questions and strong criticisms on planning and moral grounds. We learned how £142,000 had recently been spent refurbishing the buildings now intended for demoltion. Hanover stated that Bayton Court had been selected for redevelopment and private sale because it is the most valuable and attractive site which it owns. Apparently too valuable an opportunity to be wasted on sheltered accommodation for the elderly.

OPEN’s solicitors have requested that the Council and Hanover provide a copy of the legal agreement which they reached in 2002 which was said to guarantee that the promises made to elderly tenants at the time of the transfer ballot would be kept. Despite reminders, neither have provided a copy of the agreement.

OPEN has recently been informed by the Council that all Hanover’s planning applications have now been withdrawn. It is expected that revised plans will be re-submitted in due course.

“Con” - noun: a complicated confidence trick planned and executed with great care; - verb: to deprive of by deceit; - colloquial: abbreviation of consultation
Posted by About OPEN Dalston at Tuesday, July 17, 2007 No comments: 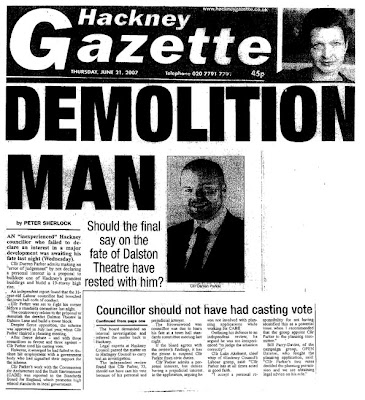 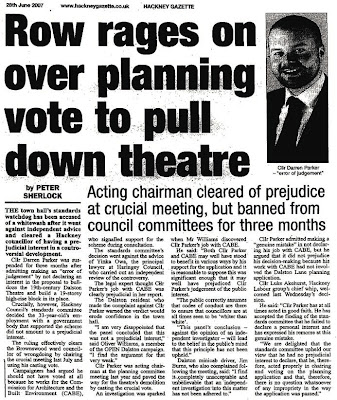 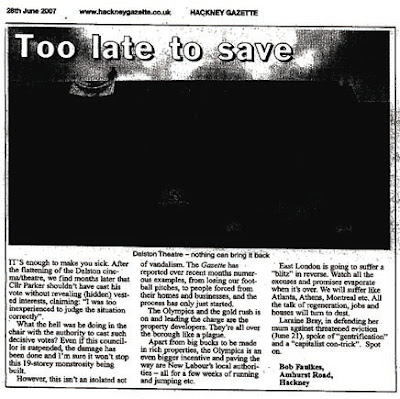