An appreciative gathering of local people attended the first public screening last Thursday of the new film "Ridley Road 2020 - a market under threat" . The film was projected outdoors onto the Shopping Village building which features in the film and is the subject of a controversial redevelopment application which has attracted hundreds of objections from the local community due to the loss of affordable space for up to 40 small independent shops, the loss of studios of 60 artists and the loss of 50% of storage for market stallholders. In their place will be upmarket offices and 5 luxury flats.

The screening was not-for-profit community event taking place on public space with advice to people attending, consistent with government guidelines, about avoiding pandemic risks. Although the Council had confirmed that no licence was required to show the film its Events Office,  which was said to be closed and unable to deal with any applications for advice or support, informed us  that "colleagues are increasingly concerned that you intend to go ahead and they would require confirmation that event will not be taking place at Ridley Road in the current circumstances." No grounds for seeking to ban the event were given and so we could see no basis for cancellation.

The event was also the occasion for the #SaveRidleyRoad team to launch its new manifesto for the market. Many attending the film show signed up in support. 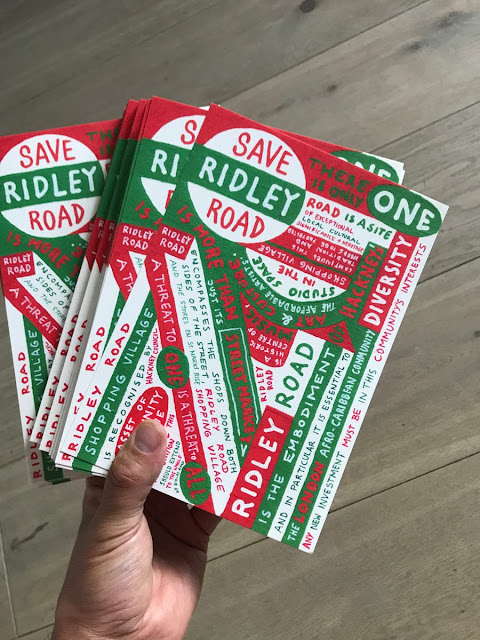 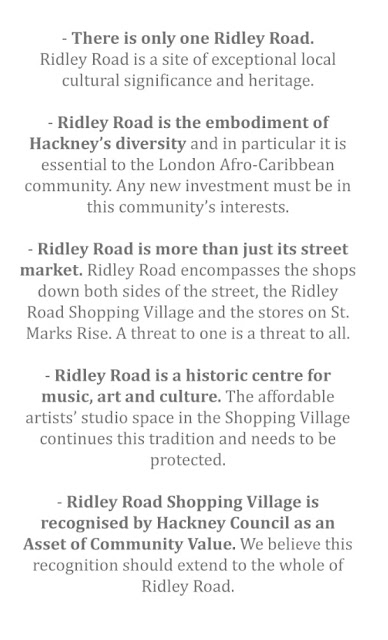 Not to worry if you missed the screening. Watch this space, and check #SaveRidleyRoad on social media, because we are planning more screenings - indoor and outdoor - and we hope to see you there

Posted by About OPEN Dalston at Sunday, August 23, 2020 No comments:

Outdoor screening of "Ridley Road 2020 - a street market under threat"

There will be outdoor screenings of the new film  "Ridley Road 2020 - a street market under threat" on Thursday 20 August at the Ridley Road Shopping Village.The 30 minute film will be screened continuously from 8.30pm until 11pm, weather permitting. It's free,  just turn up, bring your mask, and meet some of the local people who have been involved with the #SaveRidleyRoad campaign.

The film features market traders, their Association, small business owners and artists who work in the Shopping Village which is slated for redevelopment. It even includes an interview with the Mayor of Hackney.  The film tells a local story but with a universal message. - how regeneration, development and bureaucracy can damage the local economy, diversity and culture. 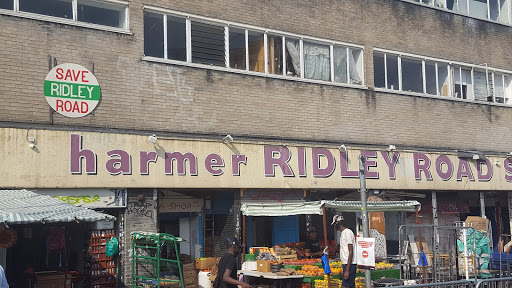 Posted by About OPEN Dalston at Thursday, August 13, 2020 No comments: