The Nutritious Food Galley in Broadway Market was built by Spirit from a derelict shop 15 years ago. It has since been his home and his business. He has worked hard with others to create a thriving market. 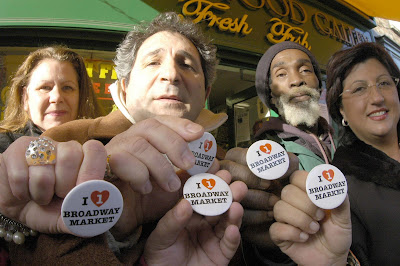 But in 2001 Hackney Council was facing bankruptcy and auctioning off all saleable assets. Out of the blue Spirit received a letter saying that, unless within 4 weeks he purchased the property for £100,000, it would be auctioned.

Yet despite paying the £10,000 deposit, and signing a contract, the property was sold at auction for £85,000 to an offshore company. Spirit's cheque was returned without explanation.

Some time after the auction the new landlords took steps under the lease to increase the rent - by 800% - which they then backdated. In October 2005 a Court possession order was made for rent arrears and £7,000 legal costs. Spirit appealed and further costs of £5,000 were incurred. Spirit was without legal representation at these Court hearings. Eventually the Court of Appeal upheld the possession order and the landlords have now issued a warrant for possession.

Over the last three years Spirit has managed to pay off over £50,000 in rent and arrears and is now completely up to date. But the landlord is now evicting him for the outstanding £7,000 legal costs and is also sending bailiff's to seize goods to satisfy the further £5,000 legal costs. Spirit's plea to the Court for further time to pay was finally rejected last week. 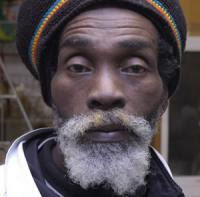 Spirit has made the following statement.

"I am deeply distressed at the way I have been treated by Hackney Council and my current landlords.

I worked hard to restore the building and to start my business, and I contributed to the improvement of the area in general.

My shop is the only one on Broadway Market representing and servicing the day-to-day needs of the Caribbean community by way of fresh fish, fruit, vegetables and West Indian produce, and I also have many other local customers who enjoy my food.

Prices have gone up very much in this area, but I have kept my prices low so my customers can continue to afford to eat fresh, healthy food.

It is a bitter irony that Hackney Council denied me the right to buy my property after contributing so much to Broadway Market and the local community while they allow someone who I believe is a speculator to profit from all the improvements I've made.

Why does the Council not recognise the people who invest into their local area from inside the community - why do they let outsiders take their livelihood from them and chance the character of the community?

I've been working all my life, 6-7 days a week, sometimes 16 hours a day, and I thought that by having a business I would provide a good role model for the youth in this area, and provide for the future of my family, but the message everyone has been getting - and I've been undergoing this plight for 7 years now - is not a positive one.
It doesn't surprise me that I'm having the support of the entire local community, who want me to keep my shop and home, because of the character of the business I have portrayed in this statement."

OPEN has reported the consequences of similar Council auction sales of a historic terrace in Dalston Lane, also sold to an off-shore company having the same managing agent, and the threat to local family businesses of predatory developers and "regeneration" schemes.

If you feel you can help, follow this link

Posted by About OPEN Dalston at Sunday, September 28, 2008 No comments: 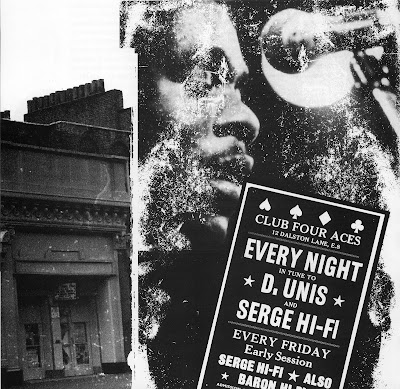 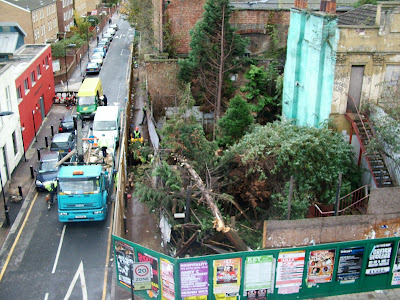 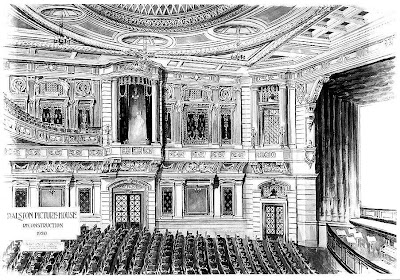 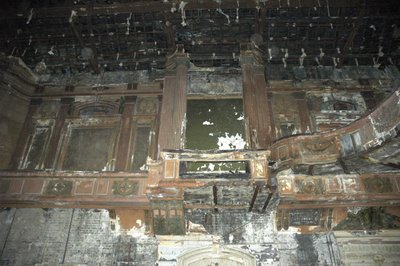 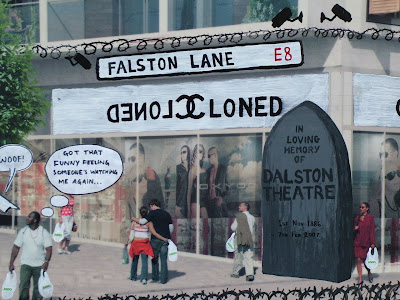 How did it happen? A ten year plan to destroy 185 years of culture."The story that was never told"
Posted by About OPEN Dalston at Friday, September 05, 2008 2 comments: