Trenton Oldfield, who swam into the path of the Oxbridge boat race in April 2012, will speak at the OPEN event this Thursday evening, alongside Iain Sinclair and William Taylor. 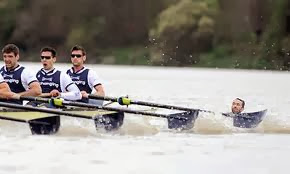 Trenton Oldfield's action was a protest against elitism and took place on the eve of government cuts and the 2012 Olympics. Although he risked harm to no-one, save to himself, he was convicted and sentanced to 6 months imprisonment for causing a public nuisance (or, as the Judge put it "spoiling the enjoyment of others"). The Home Secretary considers that his presence in the UK is "not conducive to the public good" and decided to deport him (Trenton is originally from Australia) but this was recently overruled by a Tribunal

Posted by About OPEN Dalston at Tuesday, December 17, 2013