An Examination in Public by a government appointed Inspector was held at the Town Hall on 3.7.12 to consider whether the Council's Dalston Area Action Plan (DAAP) is lawful and sound. He is expected to publish his report in August.

Since the Council first published the DAAP the government has introduced the National Planning Policy Framework (NPPF) which includes the "presumption in favour of sustainable development".  Where a planning application accords with an up to date local plan, like the DAAP, then the "application should be approved unless there material considerations indicating otherwise". The content of the DAAP is therefore critical to Dalston's future environment. 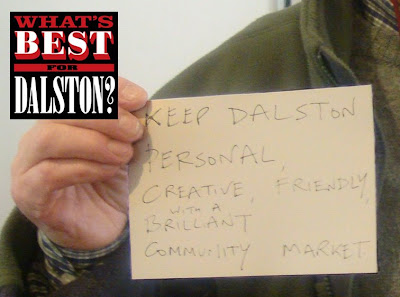 At the time when the Council was consulting the public in May 2009 OPEN organised an exhibition and its own public consultation about the DAAP . Taking on board what hundreds of people told us we made detailed representations to the Council which included the need for improved public realm, including more green open space, the need to avoid damaging the settings of attractive buildings in the area and the need to nurture local independent buinesses. You can read OPEN's, and other, representations to the Council here. After the public consultation closed the Council made further changes to the DAAP which it adopted in November 2010. It is that document which is being considered by the Inspector. 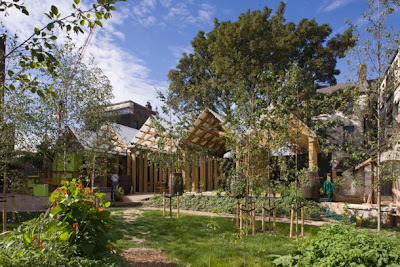 One of the major changes the Council made to the DAAP, after public consultation closed, relates to the Eastern Curve - the former railway line that is currently the Eastern Curve Garden. That site was originally promised to become Dalston Park but the DAAP was changed to identify it as a proposed "shopping circuit" linking Dalston Square to Dalston Shopping Centre. The Shopping Centre is proposed for redvelopment with tall buildings. The aim, the Council explained, is to create conditions to attract national chain stores to Dalston so residents don't need to go shopping elsewhere ("to curb spend leakage"). How Dalston will be regenerated by local residents putting money into the off-shore bank accounts of these chain stores remains unclear. 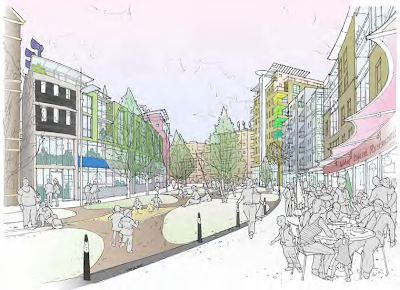 You can read here the written representations made on behalf of OPEN to the Inspector in advance of the hearing.

At the inquiry itself the Council produced an independent light consultant's report, said by the Council to have previously been "witheld". The report illustrates the overshadowing effect of the DAAP proposals for an 8-storey building along the Eastern Curve, 15 storey tower(s) as part of a redeveloped shopping centre and a 15 storey tower at Peacocks site next to Dalston Kingsland station. The report illustrates extensive overshadowing across the Eastern Curve, Ridley Road market and the Dalston Kingsland area.You can read OPEN's seperate representations regarding that report here.

Dalston is one of the densest Wards in one of the densest Boroughs in London and has a severe deficit in open green space and children's play areas.The DAAP fails to outline a 'masterplan' for creating better public and green spaces locally which could be achieved by utilising parts of the many undeveloped demolished sites in Dalston owned by TfL and the Council. OPEN was represented at the Inspectors inquiry by Bill Parry-Davies and argued that the DAAP proposals conflict with the NPPF guidance that local plans should contribute to "protecting and enhancing our natural, built and historic environment", "achieving gains in bio-diversity" and "supporting strong, vibrant and healthy communities".
Posted by About OPEN Dalston at Friday, July 13, 2012