Ridley Road Shopping Village traders have been shocked to learn of Hackney Council's plans for them when it takes on a management lease from their current off-shore landlord, Larochette of the British Virgin Islands tax haven. Hackney say that traders will become merely licensees with none of the rights which business tenants usually have, that rents will rise by up to 80% in the third year and that they will have to comply with 250 trading regulations, as set out in its new 40 page booklet, or face enforcement action which could include the loss of their licences to trade and possible criminal prosecutions. 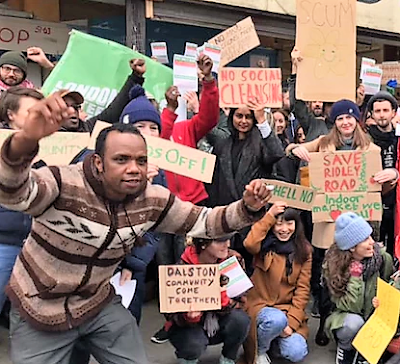 Larochette's plans to redevelop the building with luxury flats and offices had been scuppered when the building was declared an asset of Community Value, but it looked like the site would then remain derelict indefinitely.  After a 4 year battle with their landlord to stay in business, traders hopes were raised in January when Hackney announced a deal with Larochette that, if they refurbished the building,  Hackney would then take on a 14 year lease of the ground floor and basement. Hackney will also take on part of the first floor for its Market Services offices. 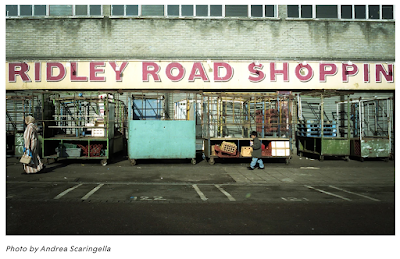 Larochette had served the traders with notices to quit expiring in August but, following earlier promises  that the businesses could continue during refurbishments, traders protests have now secured temporary shop units there whilst the work progresses in two phases.  However Larochette has still not paid them the compensation previously agreed for vacating their Units whilst refurbishments progressed or put up external signage that business is continuing.

This film clip shows part of the successful protest against the most recent attempt to evict the traders who now continue in business whilst the refurbishments progress. You can watch the full 8 minute film here:  Ridley Road.mov from Tony Price on Vimeo. Hackney has now started informing traders of what it is offering them when it takes over. 80% rent rises for traders is likely because of the high rent which Hackney itself will have to pay Larochette. The lease rent is £400,000 annually plus VAT in the first year, with a later rent review agreed to be fixed to the Consumer Prices Index (CPI - a measure of inflation) rather than in line with local shop rents. The deal was recommended in a report presented by the Mayor of Hackney, and approved by his Cabinet in January 2022. At that time the CPI was 2% but is now running at over 10%. With the economy facing recession and with further austerity and severe decline in standards of living ahead, local shop rents are expected to decrease but the CPI is expected to rise further. (In other words, if predictions on the economy are true,  the Shopping Village rents will rise although trade will decline. Ed.) 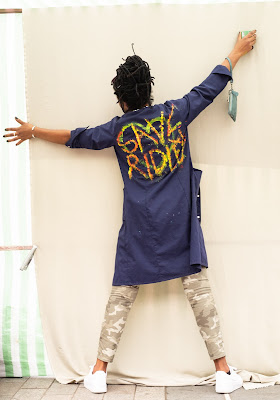 Hackney has taken time to produce the new 40 page "Indoor Market Licence Conditions" which contains 250 regulations. They have many similarities with the conditions it produced recently for its street market stallholders ( see "A Licence for Slavery"). But there are critical differences. Instead of running the Shopping Village indoor market, like the Ridley Road street market, on a not for profit basis, the new regulations are implemented under the Food Act 1984 which has no restrictions on the Council from profiting from the undertaking or the terms which is can impose on traders and under which traders have no right of appeal against unfair enforcement action to an independent Magistrates Court. (Hackney's decisions are final. It becomes judge, jury and executioner. Ed). 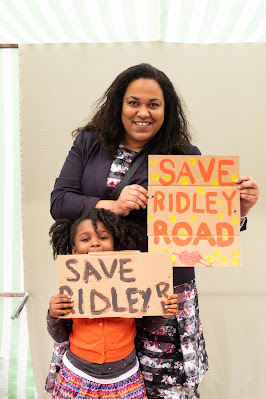 It is not known what Larochette will charge Hackney for its 1st floor office space, but the remaining 1st floor studio work spaces are offered at rents calculated at £21.60 per square foot rising by 11% in the third year to £26.50 per square foot. But Hackney's proposed rents for the ground floor indoor market traders are much higher and seem to be calculated at around £149 square foot for new traders and it has told existing traders that, after an initial 5% increase, their rents will rise by 80% to that rate in year 3. 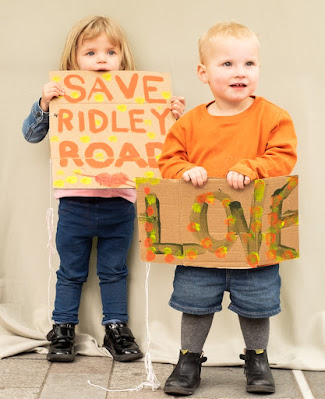 Hackney approved the community's application to designate the Shopping Village as an Asset of Community Value because of the cultural uses of the affordable studios on the upper floors, the 60 affordable Units for independent traders on the ground floor, the affordable storage units in the basement for market stall holders and because of the building forecourt's open space. Sadly, all the artists have since been evicted and their studios are to be replaced in part with Council offices, of about 60 independent traders only 18 still survive on the ground floor, the forecourt will no longer be used by traders and traders rents  will soon rocket. 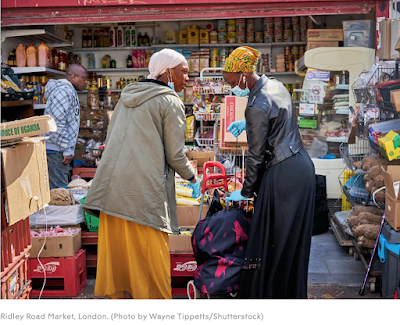 Will the building still qualify as an Asset of Community Value in future years? Will affordable and culturally diverse produce still be sold there? Or will it become an Asset of Gentrified Value selling expensive goods to a new demographic? And if the Council is unable to let 90% of the Units required to meet the rent to Larochette, will all of Hackney's street traders also face another hike in fees to meet the deficit in the Council's Market Services account?  (Those are the worries. History will be the judge. Ed.)

Posted by About OPEN Dalston at Tuesday, October 25, 2022