Hackney Council is consulting on its principles for development of four sites in Dalston town centre. The sites have been designated as a  "Cultural Quarter". All are owned by the Council including part of the Eastern Curve Garden (including its entrances, pavillion and hothouse), heritage buildings and two vacant building sites. All the buildings and land are presently occupied by creative, community and charitable enterprises. The Council's stated intention is to "maximise regeneration benefits" and to "maximise capital value and rental revenue for the Council" 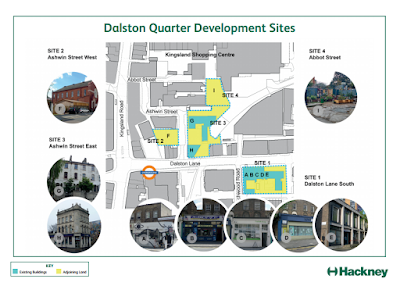 The development areas are Site 1 The former CLR James library and the Georgian houses at 18-22 Dalston Lane. Site 2 The vacant site on Ashwin Street west side. Site 3 The Railway Tavern, 10-16 Ashwin Street east side and the southern part of the Eastern Curve Garden and Site 4 The car park in Abbott Street

You can meet and discuss the plans with Council officers between 6:00pm - 7:45pm at Dalston CLR James Library on the 23rd March and at Hackney Town Hall (Room 32) E8 1EA on 10th April
The public consultation closes on 17 April.

You can read OPEN Dalston's analysis and responses here and a summary below. We hope that these will help inform your views and responses to the Council.

You can read the Council's consultation documents here. You can tell the Council your views here.

We consider that the Council’s  Development Principles for development of the Dalston Quarter should include the following wording: 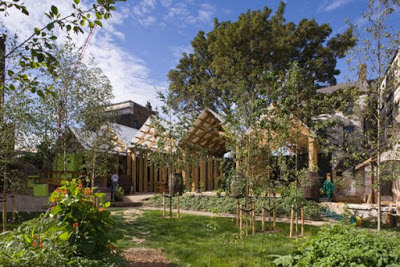 a.         Development will not be permitted within the Dalston Quarter which would compromise the existing extent, bio-diversity and continued use of the Eastern Curve Garden and its facilities as an enclosed, secluded and financially sustainable community garden with free public access.The Eastern Curve Garden will be designated as Local Green Space and afforded protection from new development. 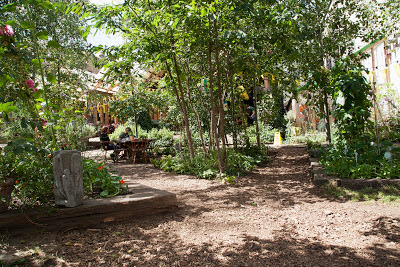 The Eastern Curve Garden is a community garden on historic open space which attracts 150,00 people each year. It is where people meet plants, children play and learn safely, a place for solace, for creative and cultural events and it is a wildlife corridor

b.         New development within the Cultural Quarter and on adjoining land, including Thames House and the Kingsland Shopping Centre, will be designed to improve pedestrian permeability through the area without the need to utilise the Eastern Curve Garden as a public thoroughfare 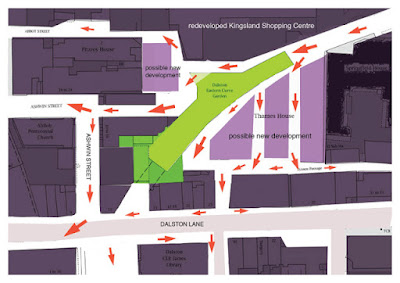 The Council has designated the Eastern Curve, including the Garden, as a hard surfaced public thoroughfare ("shopping circuit"). This image shows that, working with adjoining sites, there are plenty of other opportunities for interesting pedestrian routes through the area without compromising the Garden.

c.         The historic buildings are the key driver to the regeneration of the Cultural Quarter. They, and their settings, will be safeguarded and enhanced. Alterations to the buildings will not be permitted which harm or cause any risk of future harm to their historic structures and character 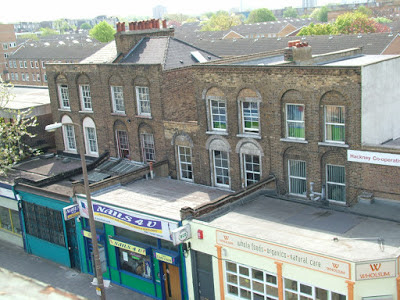 These are the last surviving pairs of Georgian houses at 18-22 Dalston Lane. All the others were demolished either for redevelopment purposes or due to historic neglect.

d.         Only professional consultants and contractors with conservation accreditation and expertise will be appointed to deal with historic buildings. 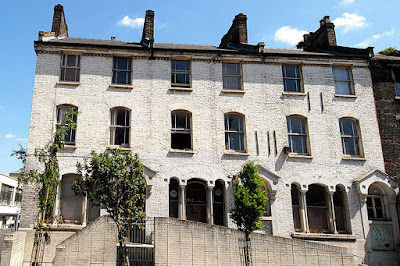 We consider that these buildings at 10-16 Ashwin Street, designed in 1870 by Edwin Horne,  and the former Victorian factory behind them, are of high heritage, aesthetic, cultural and communal value. Any intervention would require considerable expertise to avoid loss or damage to their character and significance

e.         Any new development will preserve and enhance the setting of historic buildings and of open spaces and their amenity. The buildings Ashwin Street have had a historic association with the visual and performing arts since 1870 and are still fully occupied by artists and other creative businesses today. Extensive work to these, and the other buildings, and higher rents, could see the existing uses permanently displaced.

f.          Affordable workspace presently used for cultural, charitable and community (third sector) activities will not be reduced in its amount and will be enhanced in quality

g.         Section 106 planning agreements will secure developer contributions towards the conservation of the area's heritage and the support of the cultural, charitable and community uses to which the land and buildings are put 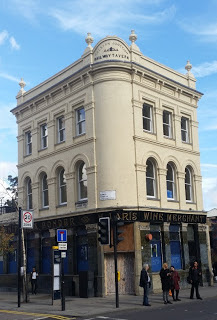 The Railway Tavern, built in 1868, is in a prominent position at 11 Dalston Lane. “The building cannot be demolished without loss of heritage significance to this part of Dalston.”

h.         Cyclists will be required to dismount in areas of pedestrian public realm save where there are safe demarcated routes for cyclists. If the Council insists upon implementing "shared space" for cyclists and pedestrians it should consider requiring cyclists using such space to have third party accident insurance

i.          Access for motor vehicles from Dalston Lane into, and parking in, Ashwin Street will be removed other than for those with disabilities. The Reeves factory for artists' paints was designed in 1868 by Edwin Horne and is now occupied by Arcola Theatre, Cafe Oto and the Bootstrap Company with numerous small independent enterprises

j.          Any new residential development will be sufficiently remote from performing arts venues within the Cultural Quarter so as to avoid conflict between different uses

The Council's public consultation closes on 17 April.You can read OPEN Dalston's detailed responses here  We hope that these will help inform your views and responses to the Council. You can tell the Council your views here.