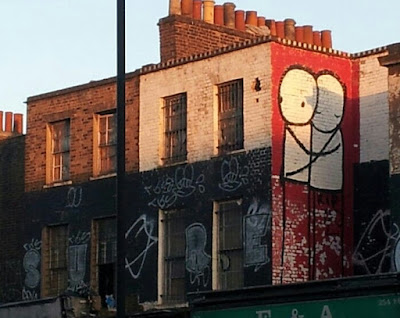 Last week Murphy's workmen were erecting a hoarding around what is left of Hackney Council's sixteen Georgian houses on Dalston Lane. They are being prepared for demolition. 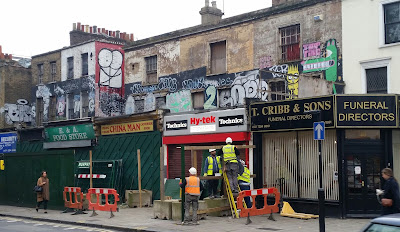 On 5th March 2014 the Chair of Hackney's Planning Committee, in the face of a divided Committee, used his casting vote to grant permission for the total demolition of the 200 year old houses ( Read "One man, two votes" here. Ed.) 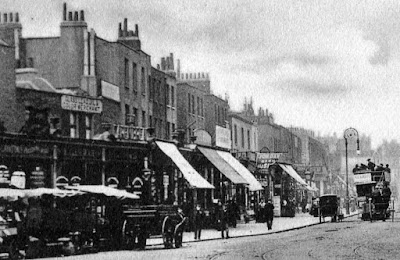 Despite Hackney claiming that is was pursuing a "genuine" conservation led scheme, nothing will be conserved. The front facades of the houses will be rebuilt, skin-deep, in "heritage likeness" with bricks from off-site,

OPEN brought Court proceedings for judicial review of the plannning permission but, "not without sympathy" for objectors, the Judge felt unable to intervene. 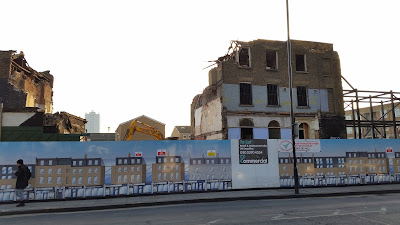 Phase I demolitions being completed, including the old Sound and Music shop at 66 Dalston Lane

You can read our open letter asking for an apology from Hackney's Mayor here  He didn't acknowledge or reply to the letter.  ( Former Hackney Mayor Jules Pipe is now the London Mayor's planning czar. Ed.) 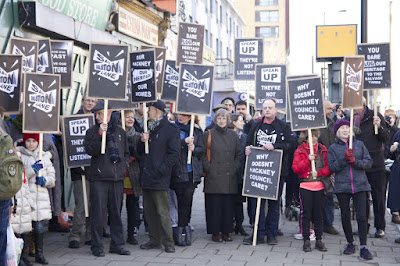 You may have seen our local community holding a wake beside the ruins of the condemned houses. Local people left touching tributes to the memories they embodied 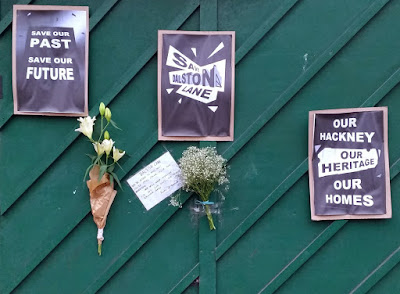 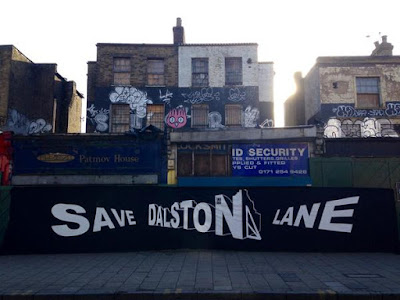 The Vandals: an eastern Germanic tribe which earned notoriety by sacking Rome in the 5th century, but which was later defeated by the Byzantines.
Vandalism: the gratuitous anti-social destruction of the environment and artistic creations.
Municipal vandalism: the destruction of our cultural heritage by corporate ignorance, deliberate neglect, greed and vanity, all in the name of regeneration, best value, necessity and progress. 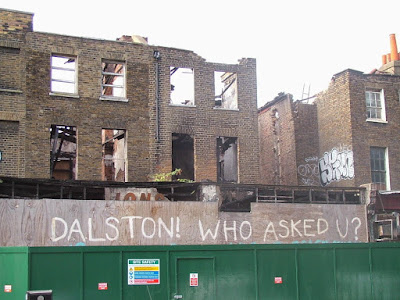 Posted by About OPEN Dalston at Sunday, November 06, 2016