Dalston's market traders told to get out 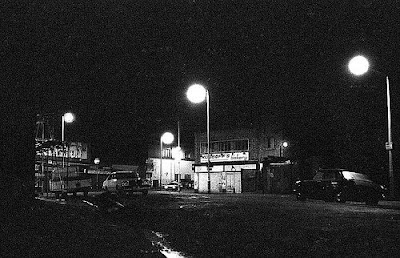 Electric to the Ridley Road market traders' coldstore is about to be disconnected. The Council has told traders to vacate the Birkbeck Road building within 14 days. The power is about to be cut off. It comes at a time when the building has been identified as a "development opportunity" site. 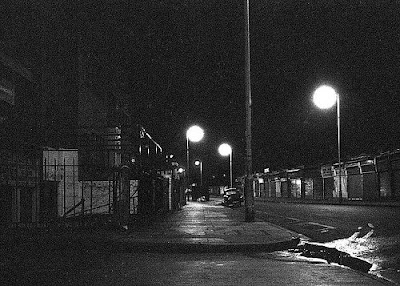 The Council says that, following a fire, the building is a "potential health and safety hazard". Building Control are said to have declared it a "dangerous structure". Management have said that the building is "uneconomic to repair", "should be demolished" and that the Council has "no obligation to provide a market store". The Council has offered the displaced traders some containers for rent in the car park next door for the time being. 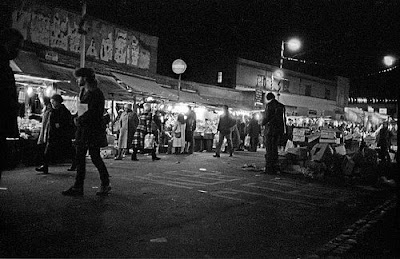 This latest shutdown of electrics follows the disconnection of the Council supply to all market stalls last May. That supply is still not restored. The traders have been relying on generators and local shops for lighting. Ridley Road Market Traders Association (RRMTA) made a Freedom of Information Act request for the reports which, the Council said in May, justified the electric shutdown on health and safety grounds. The Council now say there weren't any reports. The Council also alleged at the time that traders had vandalised the facilities. The RRMTA has appointed an independent electrical engineer. 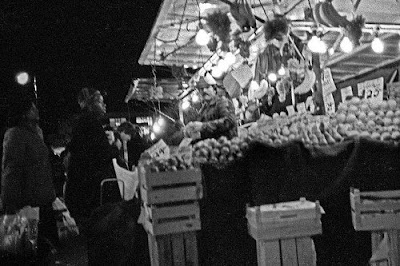 All these photos are from the 1970s and 80s when Ridley Road market had proper lighting. But today there is none. The nights are drawing in and very soon the clocks will go back. 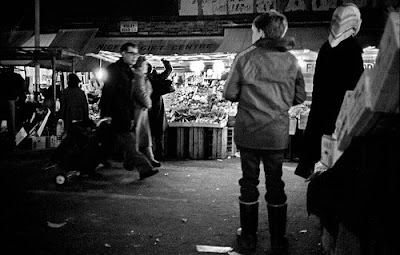 The displacement of Ridley Road's market traders is a torturous tale. At one time the market storage yard and sheds were where Sainsburys is now. 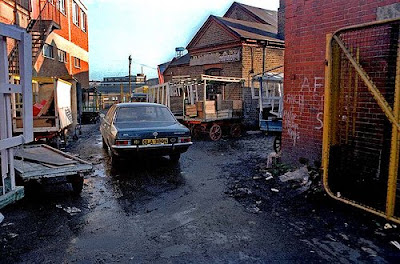 But the Dalston Cross shopping centre development displaced the market traders who were moved to a new store in Birkbeck Road. 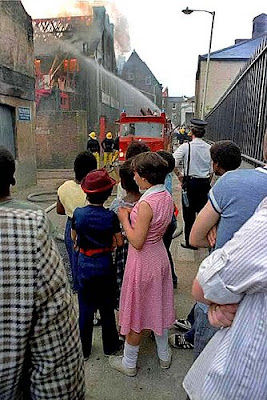 Birkbeck Road has had a troubled history of its own. This photo shows the fire in the mews in 1979. The new market store was built on the land cleared after the fire. But 5 years ago the new store itself caught fire and is now to be demolished - a commonplace event in Dalston these days. The Council left it unrepaired ever since the fire and has refused to accept traders' rents and has denied their tenancies. 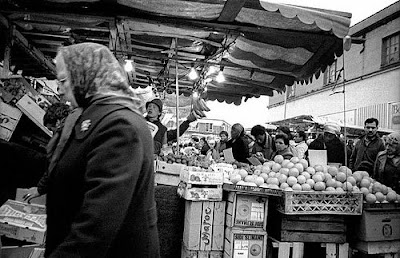 Now, once again, Birkbeck Road has been identified as a "development opportunity" site. Along with the whole of Ridley Road market. Hackney's Mayor Pipe has denied any intention to sell off market land for redevelopment but more recently the Council has opened talks with RRMTA regarding redevelopment of the market.

With the loss of the Birkbeck Road store for perishable goods, the lack of secure lighting and power to the stalls, the wave of Council prosecutions and licence revocations and with new market Regulations planned, which will stretch to 17 pages, it is becoming impossible for the Ridley Road stallholders to sustain their businesses. The supermarkets and developers must be delighted.

All the photos here have been taken over the years by Alan Denney. You can see collections of his work here.