Dalston Terrace demolitions - was there a cover up?

A recent independent structural engineer's report, by Alan Baxter Associates LLP, which assessed the conservation potential of Dalston Terrace's sixteen Georgian houses, has only now been revealed. It makes grim reading. But the good news is that the report found that there is some potential for restoring some of the houses - provided Hackney doesn't implement the present designs of its "conservation led" scheme, which would probably require their complete demolition.

Some of the houses can still be saved and, whilst conserving their structures, flats can also be developed at the back. But it is the Council's current plan, to rip out the ground floor walls to create 'open plan' shops, which makes demolition inevitable. It is unnecessary. Shopkeepers have been trading in Dalston Terrace, without 'open plan', for more than 100 years.

We urge everybody to object to the planned demolitions. You can click here to view the planning documents on Hackney's web site, under application reference 2014/0323, and make your views known here to the Council here.

The independent Alan Baxter report, which shows that conservation is possible, was commissioned by Hackney and prepared in September 2013. Hackney did not reveal its existence in December 2013, when it met members of OPEN Dalston,  nor when members of the Hackney Society met Hackney in February to emphasise the need for such a report. The report has only now been published, not by Hackney but by the developer, Murphy, which has included it as part of its new planning application for total demolition. 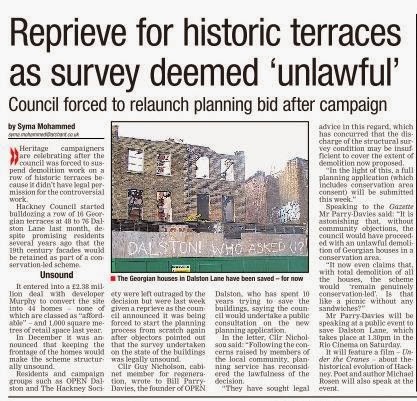 Why Hackney has not previously published the Alan Baxter report requires explanation. The Council's failure to publish an earlier structural report by Peter Dann was said, by Councillor Nicholson, to be due to an "administrative error". Hackney had relied on that report to authorise total demolition of the houses and, without knowledge of  it, the public would not have been alerted to Hackney's intentions until too late. Fortunately it was discovered and, when challenged, Hackney conceded that demolition without planning permission would have been unlawful. 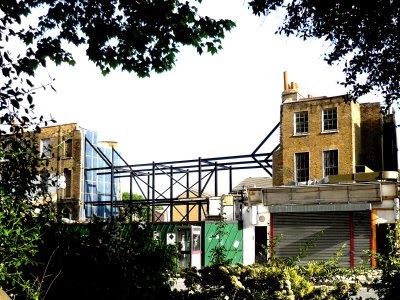 Hackney's failure to reveal the more recent Alan Baxter's report may have some connection with its uncompromising conclusions. "Buildings constructed of these materials have stood the test of time and, provided they are well maintained and carefully considered in any redevelopment proposals, or proposals to alter them, they can be expected to last indefinitely. At Dalston Lane the problem with the facades is not to do with the strength of the brickwork, they are due mainly to a failure to maintain the buildings adequately, linked to some flaws in the original construction" 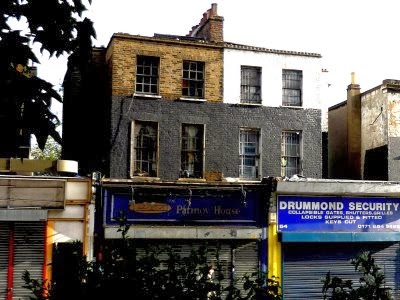 English Heritage reported that the 200 year old Dalston Terrace houses were "remarkable survivors of Georgian architecture". Sadly, since the Council acquired them in 1984, their chances of survival diminished year on year. Hackney did nothing to preserve them despite its vacuous platitudes about "championing the historic environment" and wanting a "conservation-led scheme". 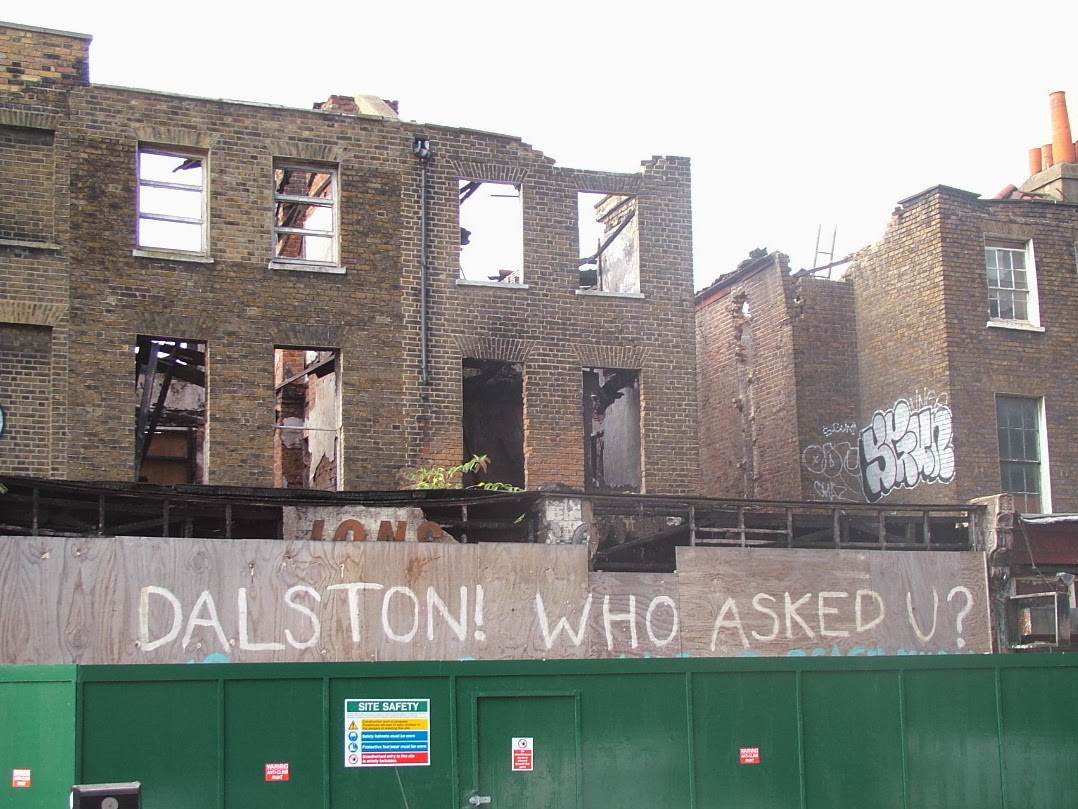 The Vandals: an eastern Germanic tribe which earned notoriety by sacking Rome in the 5th century, but which was later defeated by the Goths.
Vandalism: the gratuitous anti-social destruction of the environment and artistic creations.
Municipal vandalism: the destruction of our cultural heritage by corporate ignorance, deliberate neglect, greed and vanity, all in the name of regeneration and progress.

Posted by About OPEN Dalston at Tuesday, February 11, 2014