Hackney's has a financial conflict of interest, when assessing TfL/Taylor Wimpey's development application, after it invested over £1million in TfL's Western Curve sites. 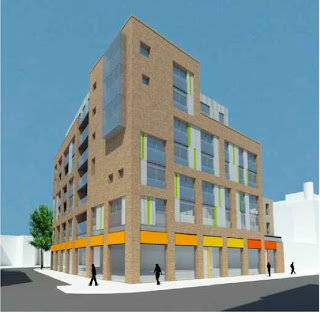 Hackney invested public money to subsidise TfL strengthening its railway tunnels to allow more intensive development of its sites north of Dalston Junction. TfL's development partners are now believed to be arguing that, unless it can exceed the Council's and an independent Planning Inspector's approved heights for the development, the schemes are not "financially viable" so that  neither TfL nor Hackney will get their money back. 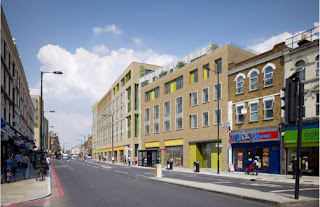 TfL/Taylor Wimpey's proposal for an 6 storey continuous terrace on the east side of Kingsland High Street.

Even if an 8-storey development on the Northern site and a continuous 6-storey terrace on the Southern site are allowed, the developers argue that there can be no public green space, that of 108 new flats only 10 can be at affordable social rent and that the loss of sunlight and damage to local historic assets can not be avoided. 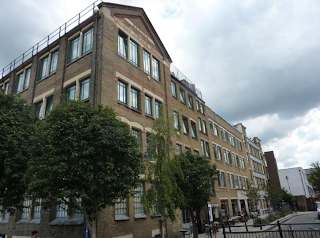 Views of the historic Reeves Colourworks, and light, will be lost by the Western Curve development on the Southern site which will enclose Ashwin St.

Hackney have commissioned an independent assessment of the developers' "Financial Sustainability Report" but will not release it publically because it is "commercially confidential". The official benchmark of whether a development is "financially viable" for a developer assumes that they will get a 20% return on their investment ie £200,000 proft for every £1million spent  (Trebles all round! Ed).
Posted by About OPEN Dalston at Monday, December 17, 2012