Hackney has revealed nine key development sites in Dalston with potential for development in the forseeable future.They are  described as "opportunity sites". They appear on this map. Hackney is now consulting the public on its objectives which will shape their future development . 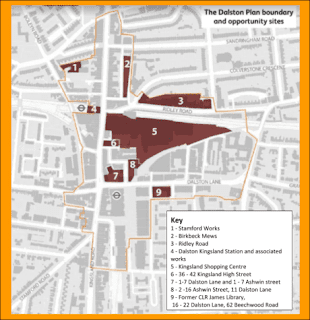 The "opportunity sites" identified include some which have already been or remain in contention like Ridley Road and the  Ashwin Street "cultural quarter" (including the Eastern Curve Garden) and Gillette Square. Others include Birkbeck Mews where plans are now on hold; Kingsland Shopping Centre which  would be developed for flats, shops and as an underground station if Crossrail2 goes ahead; Kingsland overground station and the former CLR James library

Hackney has released a summary and a detailed report on the community's views over a wide range of local issues - it has reviewed over 2,000 on-line comments made on its Dalston Conversation website. Hackney have now proposed some development objectives and it is seeking further public comments on those objectives which it says will inform its policies for the 15-year Dalston Plan. 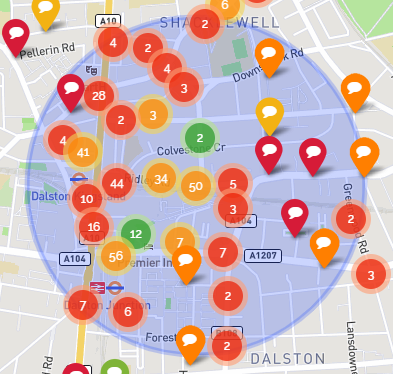 This is a screen shot of Hackney's Dalston Conversation on-line comments map. Hackney reports that, including public meetings,  5,000 people took part in the consultation and over 2,000 people pinned comments to the online map

10 issues have been identified to focus the public's views on Hackney's local development objectives . They ask us to comment on issues including green and open space, shopping and town centre, Ridley Road, transport and movement, buildings, work space and employment, housing, culture, evening and night time economy, inclusive and safe environment. You can make your comments either on-line here or by attending Hackney's events at CLR James Library on  Tuesday/Wednesday  11/12th February at 4pm – 8pm and at Eastern Curve Garden on Saturday 15 February, 12am – 3pm.

If you go on-line here to comment you will see the 10 issues boxes. When you click on one you can read what the community has previously said, what Hackney's borough wide Local Plan 2030 policy states, and you are then asked to indicate the extent to which you agree or disagree with Hackney's development objectives. There is also very important space at the end of each to make general comments about omissions and reasons for disagreement. 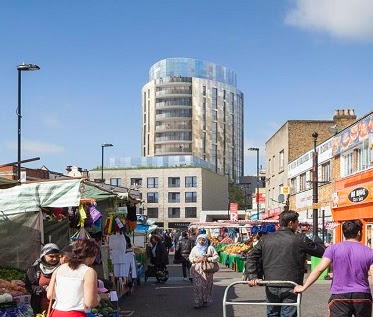 When the 57 East tower was approved there was a policy for 50% affordable housing but only 15%  resulted and none for social renting.

You may find many of the "Objectives" seem positive, but consider them carefully. We have had positive planning policies before but these often seem to have been ignored when permission was granted. Can the objectives be tightened up? Based on your knowledge and experience of the area, is their wording strong enough to protect what we love locally and do they go far enough towards meeting the diverse needs of the whole community. Will there be something left in Dalston for everyone? 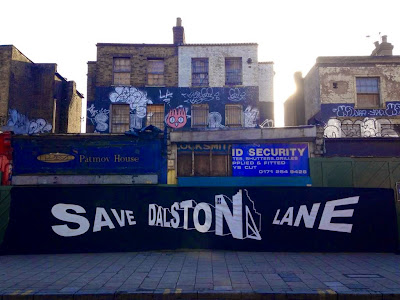 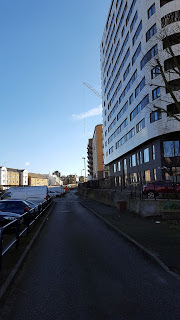 There was a policy to protect public space but buildings have been allowed which plunge public spaces, like the entire Eastern Curve walkway and our community garden, into shadow .

In terms of the objectives proposed, for example, one of the green space objectives is "to protect the Eastern Curve Garden" but the words "as an enclosed managed space" have been omitted. Without enclosure the open space could still become a public thoroughfare and lose its sense of intimacy, its secure environment for children and its financial sustainability. 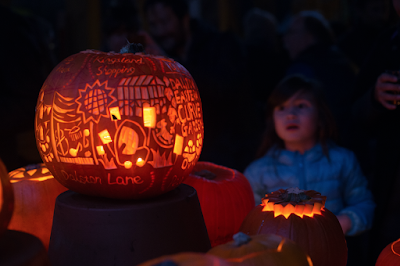 Another example : what would happen to the traders and artists who will face eviction by the Ridley Road Shopping Village office/residential redevelopment ? The objectives refer generally to "protecting and promoting" Dalston's market traders and Dalston's arts and culture - but they don't require that workspace of the type which would be lost in that redevelopment must be retained or replaced. How would that redevelopment sit with Hackney's decision that the local benefit of the existing uses make the site an asset of community value? We encourage everyone who is invested in Dalston's future to spend some time considering the Council's plans and, using your own knowledge and experience of the area, suggest improvements to their development objectives.
Posted by About OPEN Dalston at Monday, February 10, 2020